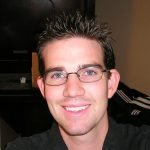 I spent a large portion of my life thinking I was happy because I spent most of my time/money trying to make others happy.

However, in 2010, I was really struggling in life, my relationship, and work. I knew something had to change.

At the same time, my dad had been exploring new ideas on food and introduced me to The China Study, a book that covers the health benefits of eating a plant-based diet.

After reading the first 50+ pages, I knew changing my diet and lifestyle would be a good decision so I went vegan (diet only) the following day.

It was pretty easy eating a vegan diet. I started with a 4 day juice fast and then continued with eating fruits and vegetables. In the first month, I lost 30 pounds from only eating raw fruits and veggies! I definitely acknowledged having more energy too!

But you can only eat raw fruits/veggies for so long before getting tired of it. I eventually incorporated cooked foods into my diet, along with “junk foods” that were still “technically vegan” like Oreos, non-dairy ice creams, and chocolate chip cookies.

6 years after becoming vegan, I realized I truly had no idea why I actually became vegan. Sure, I knew I wanted to be healthier but that wasn’t a big enough reason to continue eating this way (at least for me) so I took an honest look at my life and asked myself, “why am I vegan?”

I realized I initially became vegan because everyone around me was doing it. I ate this way because I thought it would make others happy.

In that time, I decided it was best for me to eat whatever in order to, for the first time in my life, actually take control of my future, which included eating meats and cheeses. However, it only took 2 short weeks for me to realize how much happier I was when I followed a vegan diet.

Those 2 weeks really uncovered my initial reasons for becoming vegan and since then (April 2016) I haven’t questioned my reasons.

I am very solid in my conviction that eating a vegan diet is the best way to live and I don’t see myself going back to the standard American diet (SAD) ever again.

I met Sarah and have never been happier.