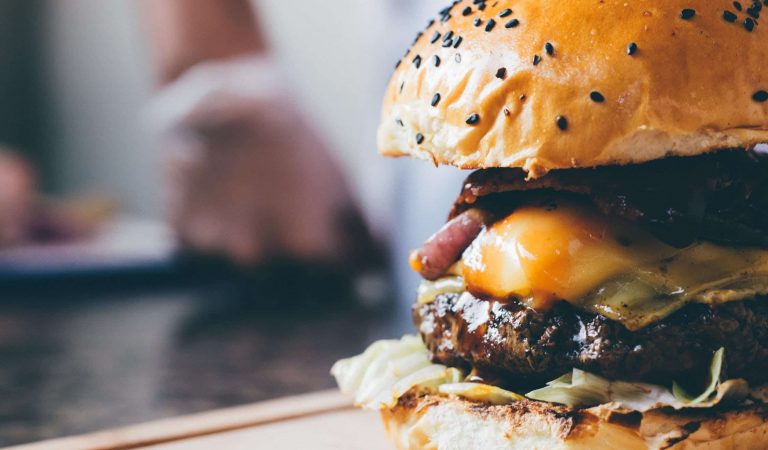 If you live in the United States, odds are you’re slightly overweight. More than 40% of Americans are overweight.  Even children under the age of 6 are beginning to become more overweight than ever. This is caused by overeating and lack of exercise; and by overeating, we’re talking about “junk food.”  Foods like cake, candy, sodas (including diet), pizza, hamburgers, hot dogs, ice cream, etc. aren’t the cause of why we’re overweight but are more the “link” or catalyst to why more than 300,000 Americans die from heart disease every year.  Generally, people don’t mind being a little overweight mainly because they believe it is too hard to lose those extra pounds and/or because society accepts it.  But losing weight is very easy; you just need to know what to eat and how much to eat.

If you’ve ever eaten a McDonald’s hamburger late at night, chances are you’ve had a hard time getting a good night sleep. This is because processed foods are loaded with salt which dehydrates your body (sucking your body dry of water). Processed foods are also stripped of nutrients meaning you’re not getting the proper amount of nutrients your body requires to be healthy. Also, when you eat processed foods, your body considers it a “foreign” object and treats it as such. Eating these types of food force your body to work a lot harder to break it down which results in a slower metabolism. People with slow metabolisms tend to be more overweight than those with faster metabolisms.

But fast food is easy and cheaper. Wrong. It is neither.

Fast food appears to be easy and cheaper but this is a huge misconception. Here’s a simple and hopefully easy-to-understand example:

Eating out at any fast food restaurant will charge you roughly $6 per meal. Many people eat out at least once a day (usually lunch break) which equals about $180 per month just for lunch. That leaves them with only $220 for all other meals of the day. If that 1 person eats out twice a day, that equals $360 a month just for eating out twice a day for 1 month. That leaves $40 for all other meals.

Two people who eat as many fruits, vegetables, nuts/seeds, and whole grains as they want (all day long, 7 days a week) will spend approximately $400 a month on ALL of their food (from Sams Club or Costco). This means breakfast, snack, lunch, snack, dinner, snack = $400 a month.

So you decide which is the better financial option. And this is only one of the reasons you should choose to eat Vegan. There are tons of other health benefits such as losing weight, lowering the risk of cancer, speeding up your metabolism, clearing up acne, and many others.

What to Read Next:

Dairy Products Are… Most of us get hooked on food at a very early age. Food traditions are difficult to break, especially when…
Brighten Your Holiday… Guacamole is used in all different ways of eating: on nachos, tacos, and quesadillas, but I'm going to show you…
Protein Sources:… When people discontinue their consumption of animal products such as beef, chicken, fish, milk, and eggs, many people often question…