The other day I was at the grocery store (not an Asian market) getting my normal array of fruits and vegetables when I noticed this odd-looking fruit sitting next to the ginger.

Out of curiosity, I picked one up, squished it with my fingers, and realized this was something I could eat! Clearly, yes, this was a fruit of some sort but what was it?

Picking them up, they did feel like hair. Well, sorta. Their outer skin was very rough and the hair-like strands felt like steel wool. 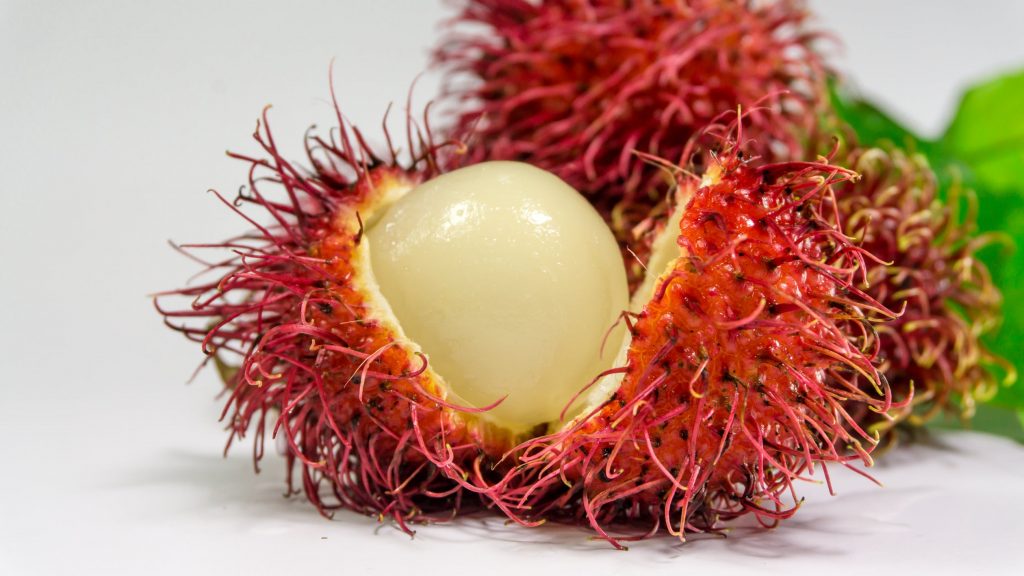 I grabbed a shopping bag and started shoving them in. I think I bought about 10 of them even though they were a little more expensive than I had hoped… but who cares? This was a new fruit and I was going to try them!

When I got to the checkout line and started putting my groceries on the conveyor belt, the checkout lady looked at me and said, “Is that fresh rambutan? I’ve only seen them in videos but have never tried one. What does rambutan taste like?”

I replied that I had never tried rambutan either but was very excited to try them. I offered the checker one (and offered to pay for it) but she declined because she wasn’t allowed. 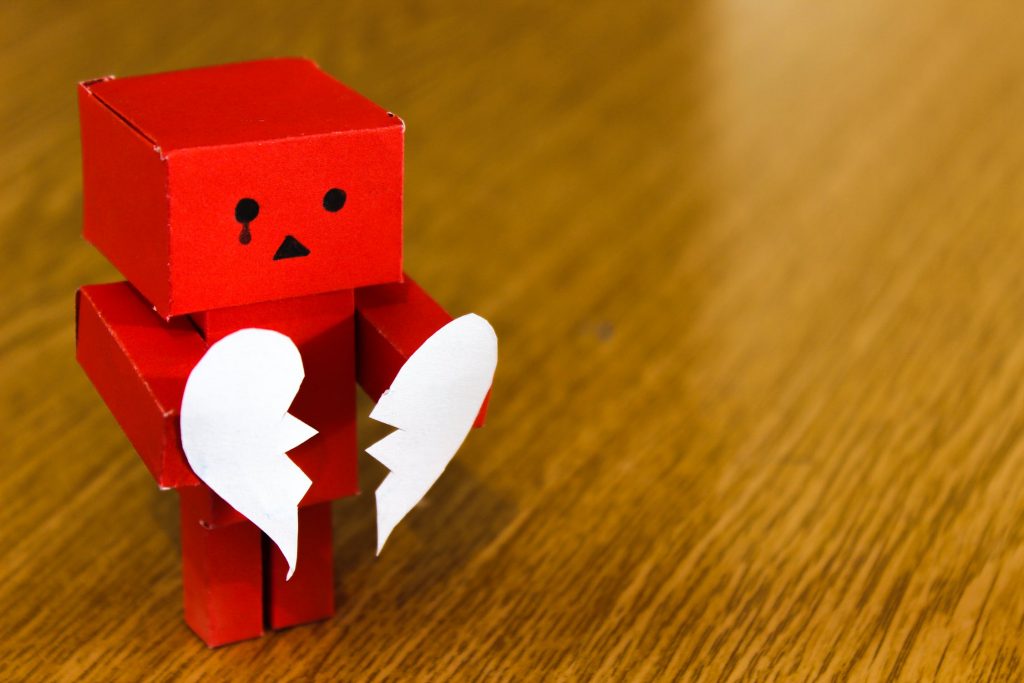 On my drive home, I remember clearly how I associated the look of rambutan to the durian and lychee fruit. While rambutan doesn’t necessarily look like either fruit, they all three are very strange-looking.

I pulled up to a stoplight and after a few seconds of thinking, I decided to try one rambutan in the car.
Since I had no idea how to eat them, I just bit into the rambutan and looked at the inside. Man, it was a juicy fruit!

The edible part of the rambutan is white in color and looks like a skinless grape. After biting into it, I realized it contained an inedible seed, much like that of a cherry. 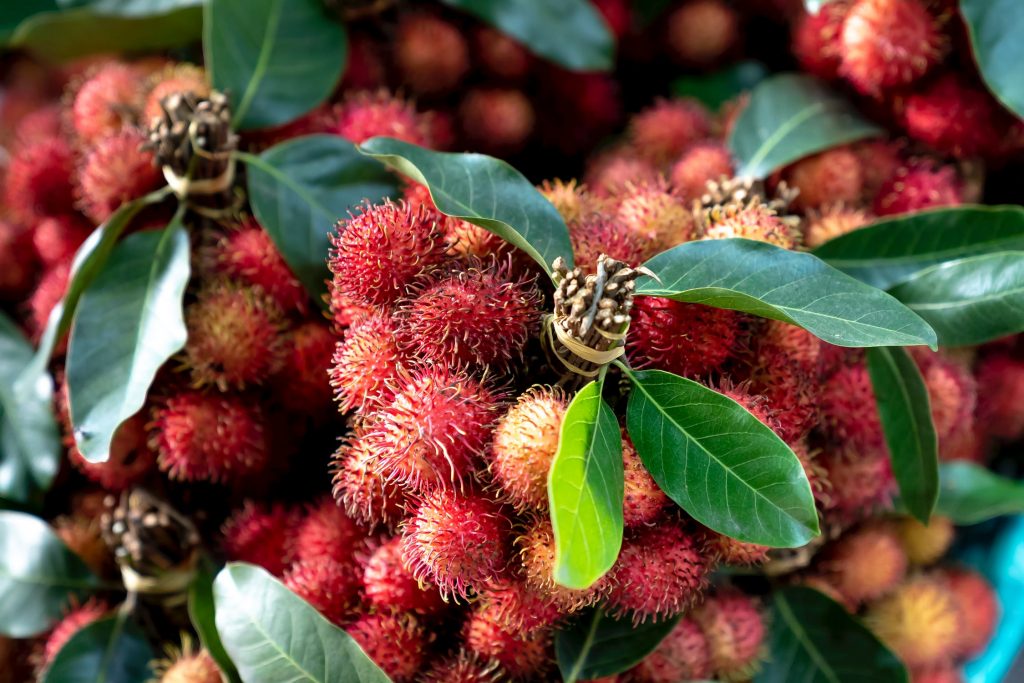 I knew there was an easier way to consume the rambutan fruit but had to wait until I got home to do some research.
When I got home, I watched a few YouTube videos that said I could open the fruit with just my hands (twisting it), not with a knife, so I tried it out and it worked even better than with the knife.

The twist method even worked better than biting it open with my teeth.

The taste of rambutan is different from anything I’ve tried. I can’t think of a better way of describing the flavor/texture other than it kept reminding me of grapes.

They weren’t as sweet as grapes but gave my mouth a strange after-feeling; you know, like when you eat with a wooden spoon and it leaves your mouth feeling dry?

I could only consume a few of them before I lost interest. However, I will say that if I’m ever in a Southeast Asia country, I will definitely try them again.

Why Did My Rambutan Taste Weird?

I remember going to an Asian market months before trying rambutan. When I walked into the store, I smelled fish; markets like this are known for carrying lots of seafood.

As I walked to the fruit/vegetable section, I noticed a lot of fruit had flies swarming around them; that’s because the fruit was very, very old and rotten.

The problem with trying exotic fruits like durian, lychee, rambutan, jackfruit, etc, is that there really isn’t a good way to transport these fruits from the country they’re grown in.

It either takes weeks to deliver (and the food goes bad before it gets to the store), the food is under ripe before it ships (and never ripens successfully), or the fruit just isn’t good when it’s shipped (and it goes to the store like that).

A lot of times you’ll see a frozen version of the fresh fruit or items laid out on counters, covered in saran wrap.
That’s how I tried my first durian: frozen. UGH! It was disgusting.

With this knowledge (hindsight), the rambutan in the Vons supermarket was probably shipped under ripe and it never grew to its full flavor potential. When fruit is under ripe, it’s not always the sweetness/flavor that changes. The after taste can be gross too.

Rambutan fruit can be found in a few different countries such as Thailand, Vietnam, and the Philippines. It is an oddly shaped fruit with an unexpected flavor.

The outer skin was furry and had soft, curled spikes . The reddish color was dark so I’m assuming it was a little under ripe.

Rambutan produces fruit twice a year. It takes 5 to 6 years after planting before fruit starts to appear on the tree. The name “rambutan” comes from the Malayan word “rambut” which means “hair”, due to diverse hair-like spikes on the outside of the fruit.

What Nutrients Are Found in Rambutan?

There is so much good stuff found in a rambutan:

What Recipes Call for Rambutan?

Instructions:
Blend all ingredients in a high speed blender for 1 to 2 minutes. Consume immediately!

Instructions:
Add the sugar and water to a small sauce pan and place it over medium-high heat. Heat just until the sugar has dissolved, then pour this into a small bowl to cool. Peel and pit the rambutans. Be very gentle as you carefully remove the thin skin from the fruit.

Now use your fingers to dig into the flesh of the rambutan to remove the pit. You’ll notice a very thin, white layer from the white pit, that will remain on the the inside of the fruit. Don’t remove this.

Place the rambutan in a cocktail shaker and and muddle only until they are broken enough to release their juices. Add the vodka, lime juice, vanilla, ice, and cooled syrup. Cover and shake fairly vigorously for about 30 seconds.

Strain into two martini glasses and add a few of the pieces of the rambutan flesh that you strained out as well. Garnish each glass with a small lime wedge and part of the rambutan skin.

There are plenty of other rambutan recipes online, such as a summer rambutan curry.

Overall, I did enjoy my experience trying rambutan, though the flavor wasn’t my favorite. I like trying new foods. I’m looking forward to the day where I can also try the above fruits.

I remember seeing a video once (couldn’t find it on YouTube) where this guy traveled to Hawaii’s Ono Farms and did an exotic fruit tasting.

He tried fruits like: peanut butter fruit, custard apple, cherimoya, and others. Those are the types of videos that get me excited to try different fruits.

Have you tried rambutan?

Did you like it? Let me know your thoughts below!