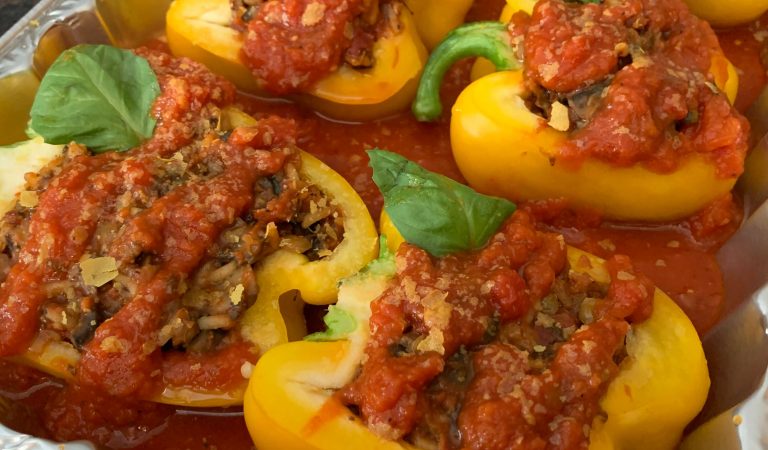 Sarah and I were invited to a family dinner a few weeks ago where we were the only two vegans. We didn’t want to show up and be like, “what can we eat??” so we decided to bring a homemade dish: vegan stuffed bell peppers.

Sarah, being the amazing women she is, knew she could come up with a delicious recipe that would be loaded with protein and be very tasty and filling.

Since I hadn’t had a vegan stuffed pepper in a few years, I thought, “yeah, that sounds like a great plan.”

And wow, these turned out delicious!! 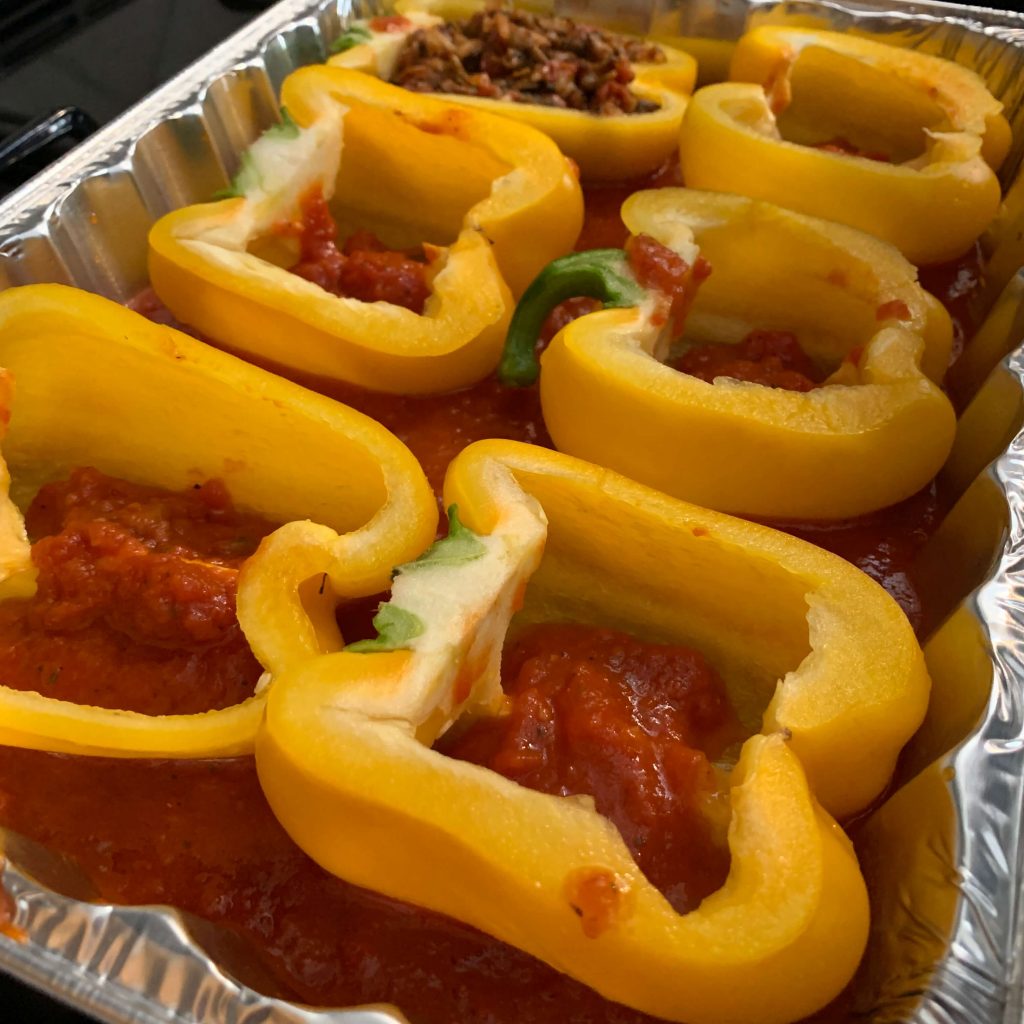 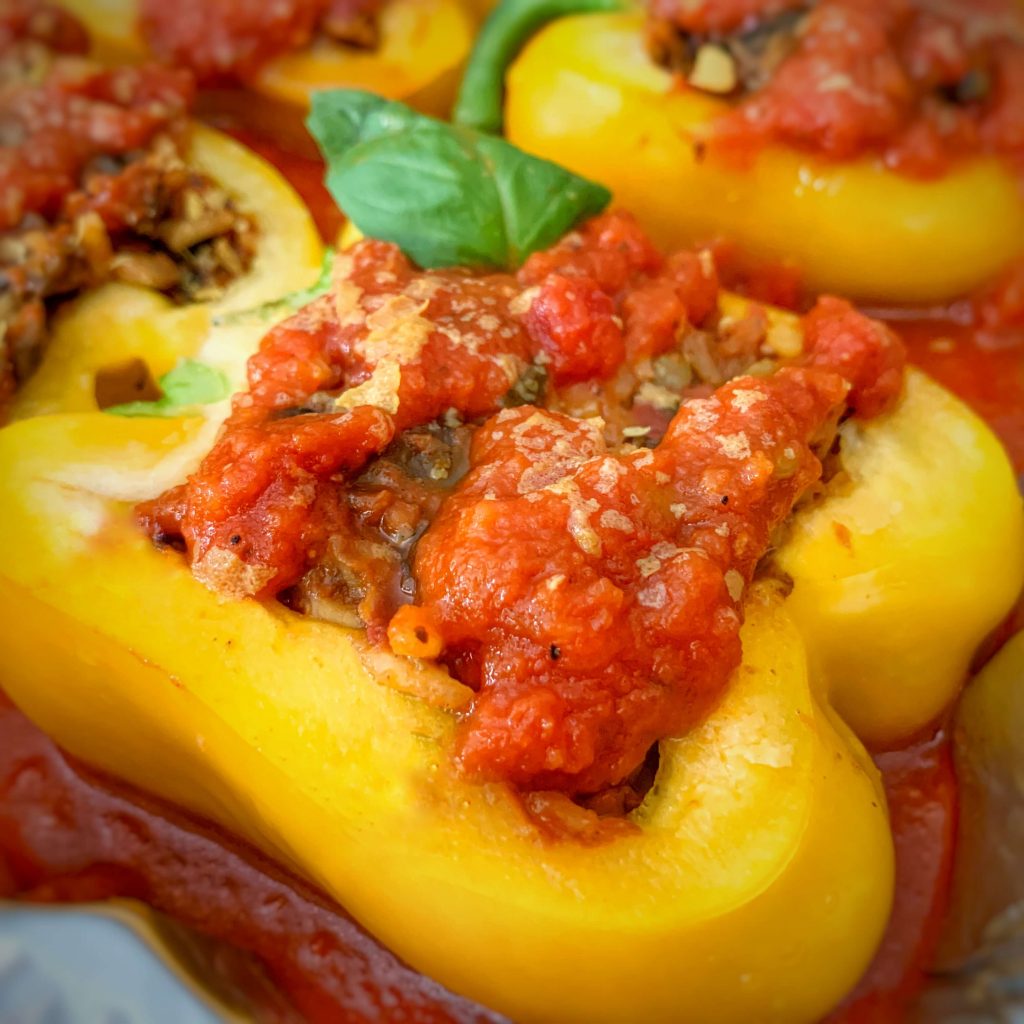 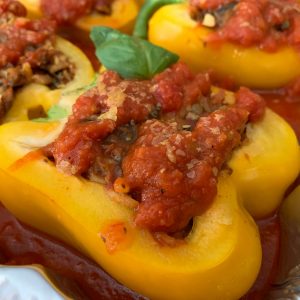 What to Read Next:

Best Vegan Cinnamon… Sarah loves to cook and cinnamon rolls are one of her specialties!
Dark Chocolate Peanut… This recipe is a game-changer! Peanut Butter cups are great by themselves but adding that coconut cream makes them 1,000…
HeartBeet Juice Recipe Keep your batteries charged and blood pressure in check with this amazingly-simple recipe!